After twenty years of restoration, on Saturday 10th August, Castel Belasi in Campodenno was officially opened to the public with the exhibition ‘’CONTEMPORANEAMENTE a Castle Belasi’’. The exhibition, curated by the art historian Marcello Nebl, is the first of the contents that interfaces with the large restored rooms, where the castle hosts contemporary art thanks to important national, international and local artists. The municipal administration of Campodenno has therefore decided to inaugurate the castle with an original exhibition event, in which the castle’s architecture, its large spaces and history are enhanced by the strong contrasts created by contemporary art. In the rooms on the first and second floors and on the ground floor, the castle thus opens up to the works of ten artists: Federico Lanaro, Bruno Fantelli, David Aaron Angeli, Aldo Valentinelli and Pietro Weber, the South Tyrolean Willy Verginer, the Marche native Simone Pellegrini, the Piedmontese Luigi Stoisa and Marcovinicio, the Scottish Andrew Gilbert. The choice of the curator, assisted by important art galleries and institutions such as Studio d’Arte Raffaelli and Cellar Contemporary of Trento, fell on artists united by a bond with the figurative art, preferring works characterized by a strong relationship with archetypal iconographies and symbologies and refined contrasts between the artificial and the natural, between the built and the spontaneous. Pietro Weber and David Aaron Angeli use completely different styles and mediums, but they are united by a desire to compare with the past, with the profound and hidden history of man, with all that is primitive: in their works unconscious allegories follow each other and primordial, references to late antique and medieval iconography, to African and Oriental art. The South Tyrolean Willy Verginer, thanks to the sculpted wood and the Federico Federico Lanaro, through graphic and essential canvases, lit by fluorescent colors, enter into the delicate relationship between man and the environment emphasizing the need for greater respect and commitment for its conservation.In some ways distant but at the same time apocalyptic and surreal are the works of Andrew Gilbert, in which the human figures, puppets in colonial clothes, collide because of wars and bloody struggles. The exhibition can be visited at Castel Belasi until October 27th 2019. 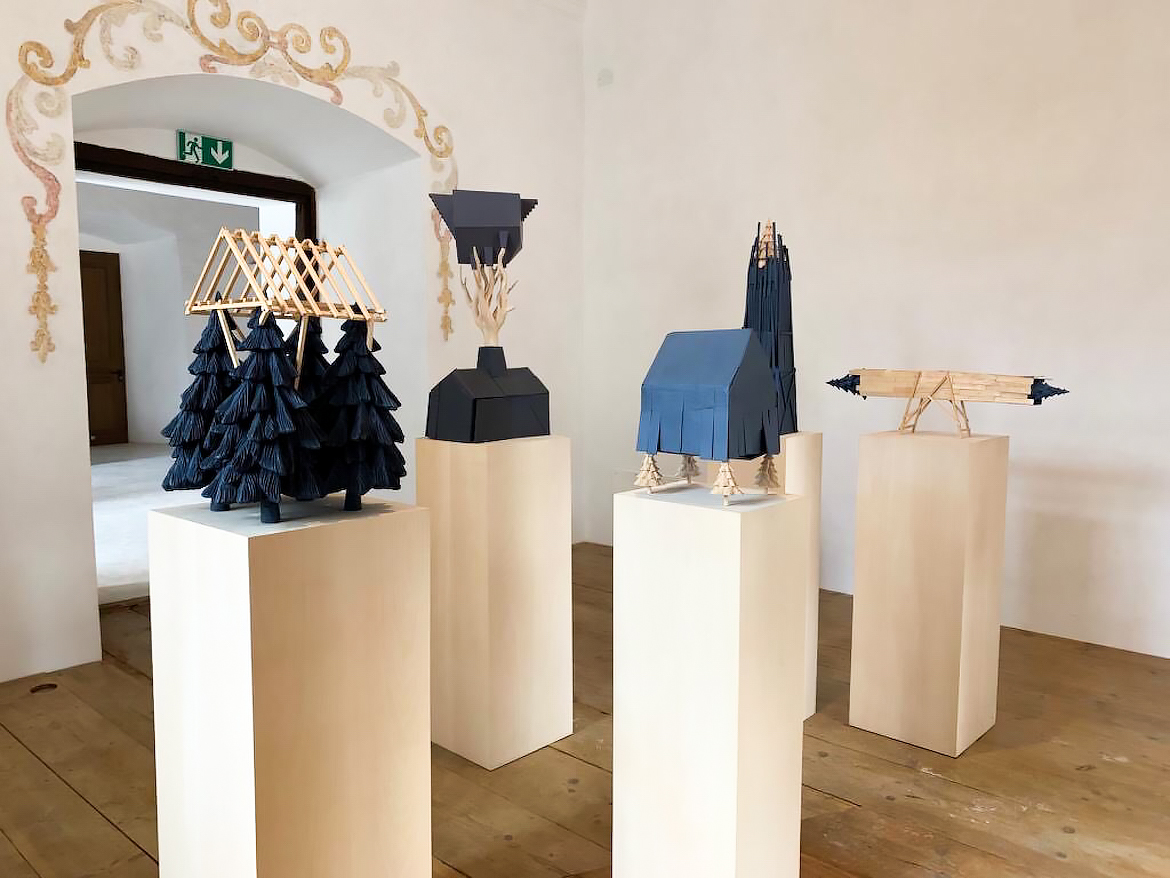 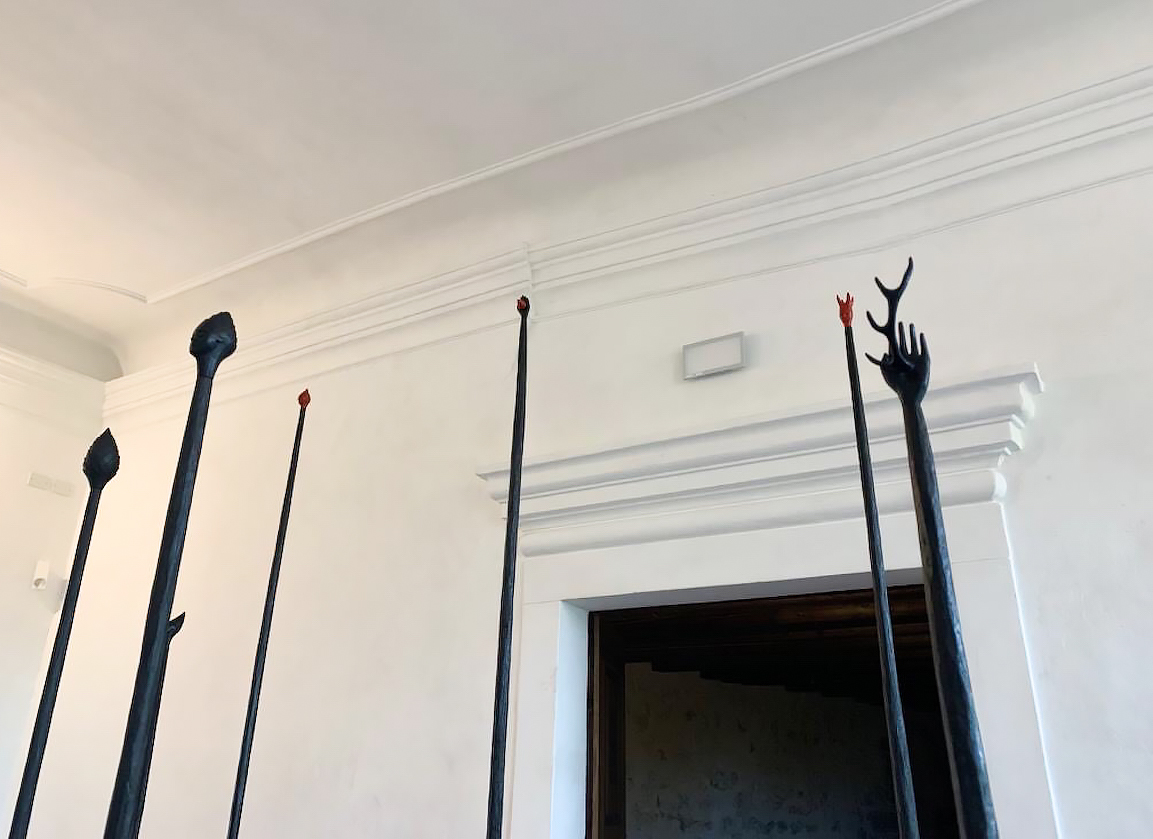 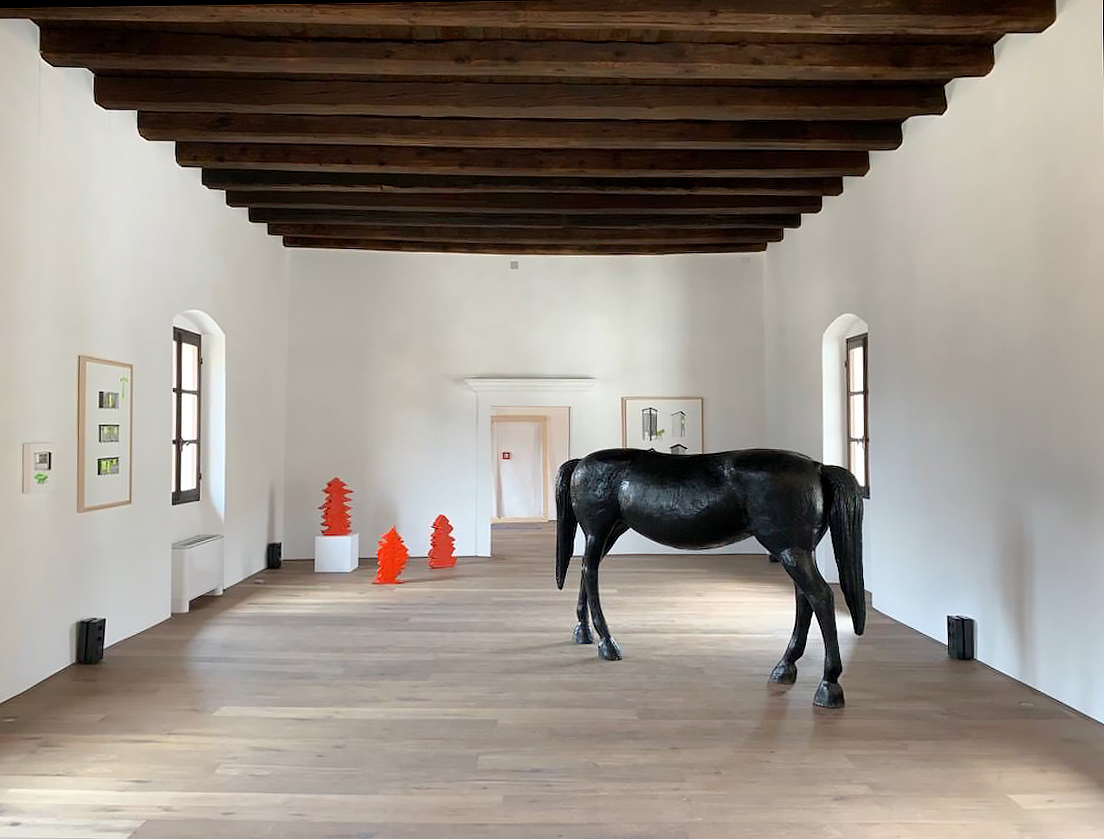 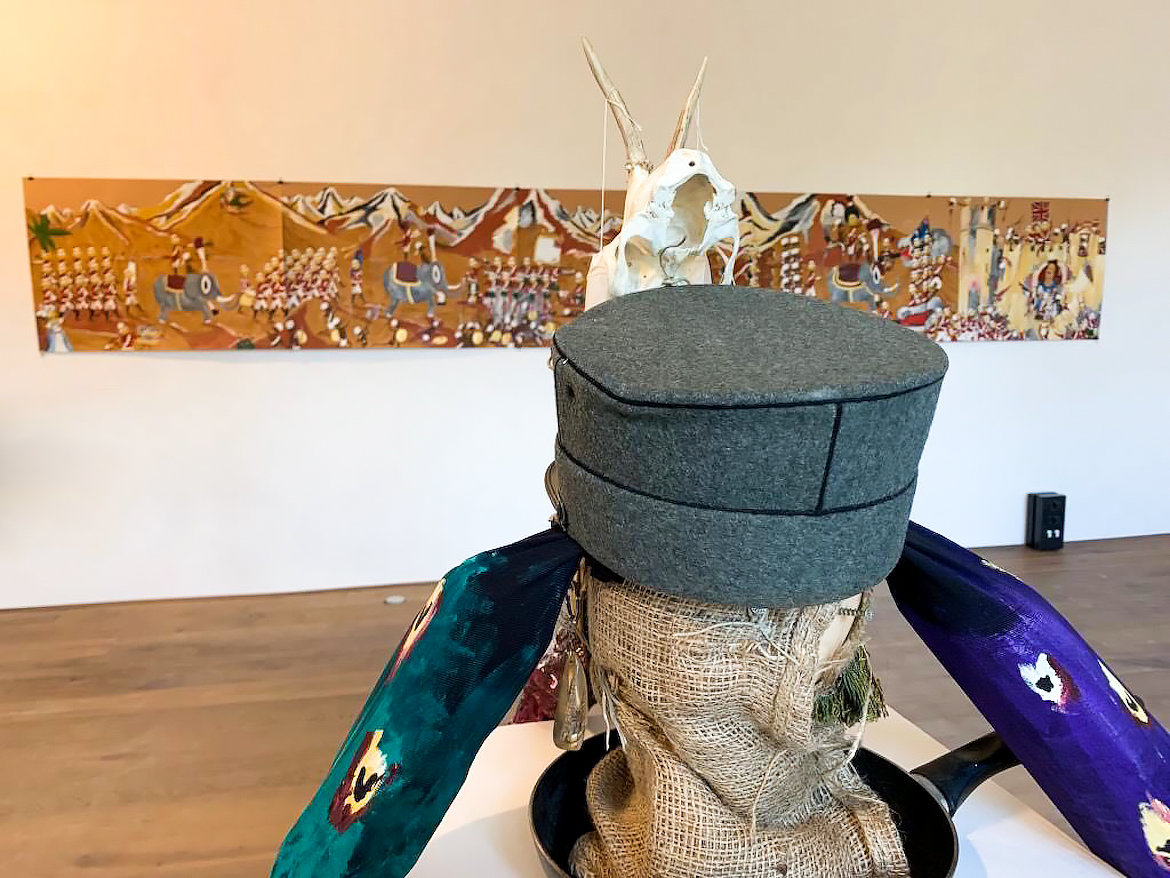