Jackson Nkumanda
Was born in 1948 in Cradock, Sud Africa

Jackson Nkumanda was born in 1948 in Cradock, South Africa. He started as a child to model clay figures depicting local scenes, and began working with recycled materials at the age of nine. In the early 90s Jackson moved to Cape Town where he developed his 3D art form. Through his work he describes everyday life, the conflicts, the moments of leisure and social life in the townships, the ghettos of South African city outskirts where he was born. The scenes are built up from scraps of material: wood, cork, metal, tin, off cuts from cardboard and old flippers shoes. In 1993 he had his first solo exhibition at Gallery 709 in Cape Town, and from that moment his work has travelled all over the world. His most remarkable work is a commemoration of the inauguration of Nelson Mandela as president, which is held in the South African National Gallery. He lives and works in Philippi, Cape Town (Sud Africa). 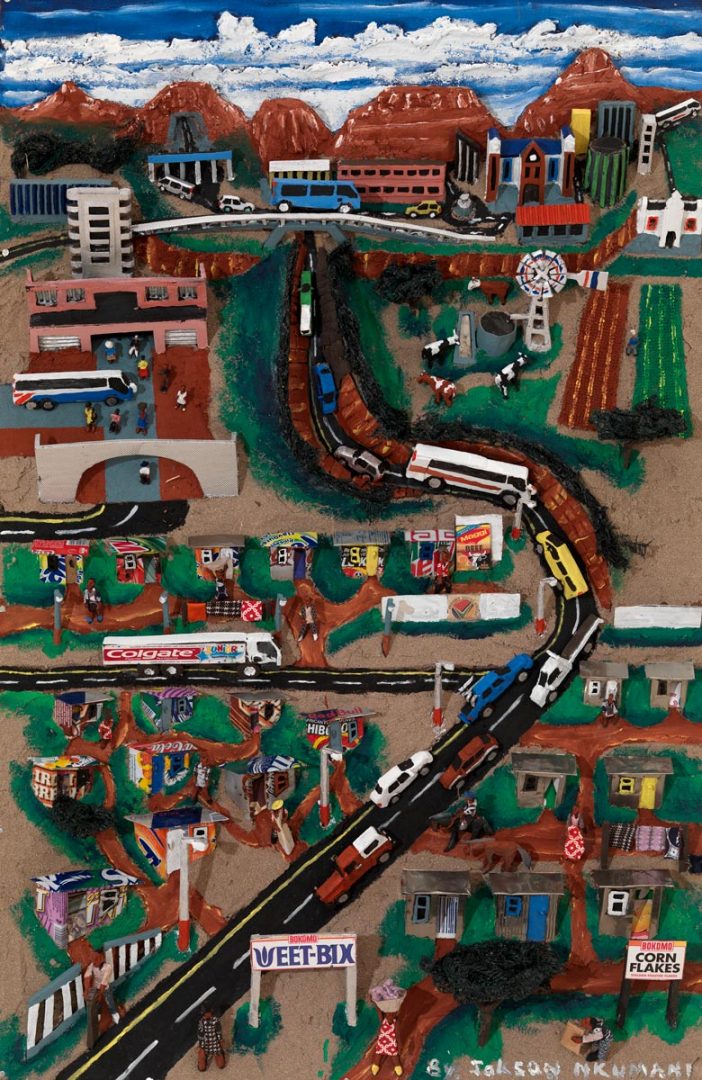 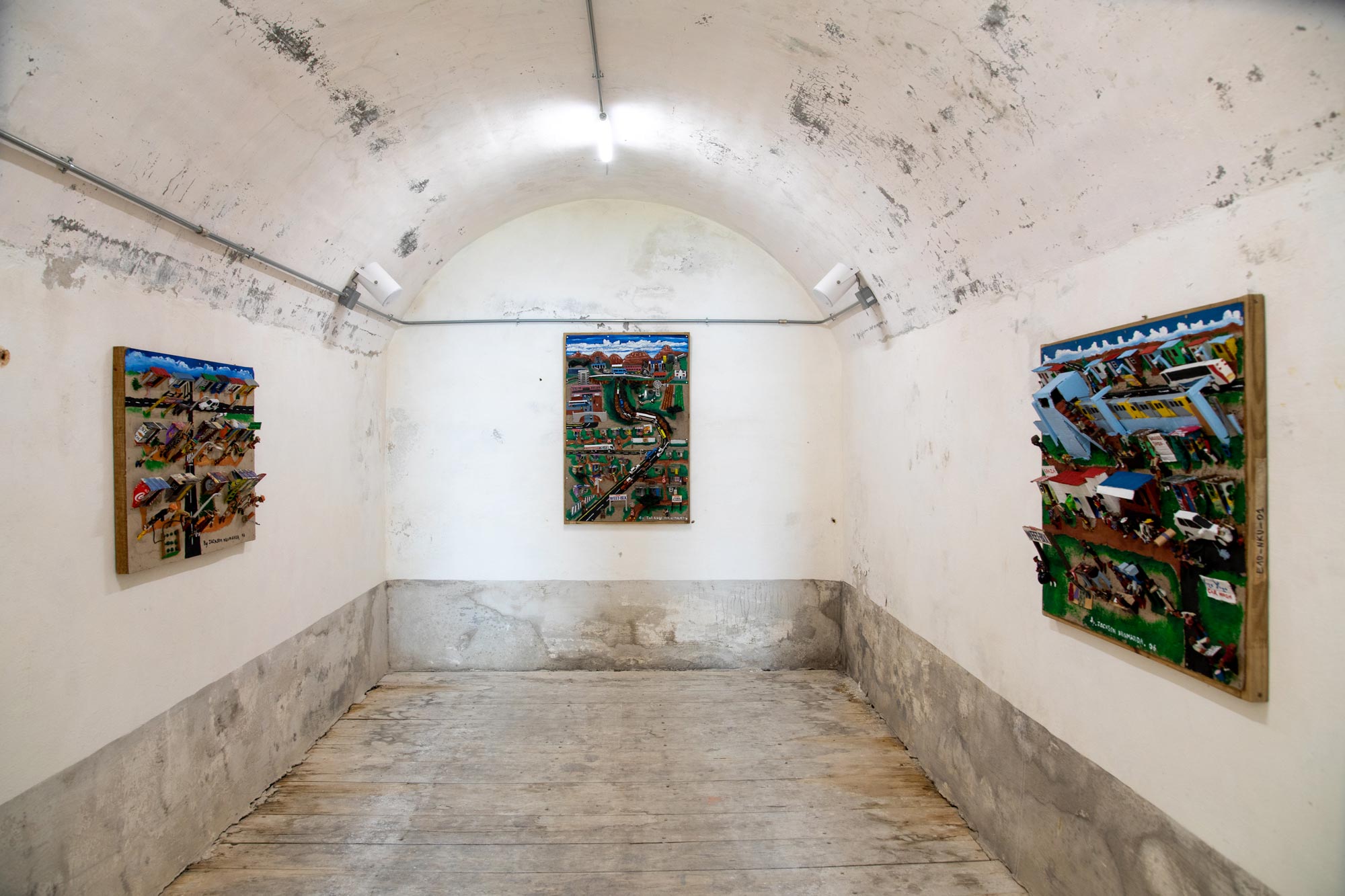