Marco Lodola (Dorno, 1955) shows a monumental luminous scenography to the Mart Museum: dancers, mythological animals and other sparkling figures up to three meters high surround the fountain in the square which gives access to the museum. The layout takes up the circularity of the spaces, generating a carousel of lights inspired by the visionary nature of the circus art. Marco Lodola’s work looks with complicity to Fortunato Depero’s flat and bright backgrounds, as well as to the visual immediacy of advertising languages. Free from conceptualism, the luminous silhouettes of Lodola appeal to the general public of television, light music, cinema, confronting the imagination of mass communication. In the heart of Mart’s architecture, his figures present themselves as iconic nocturnal apparitions. 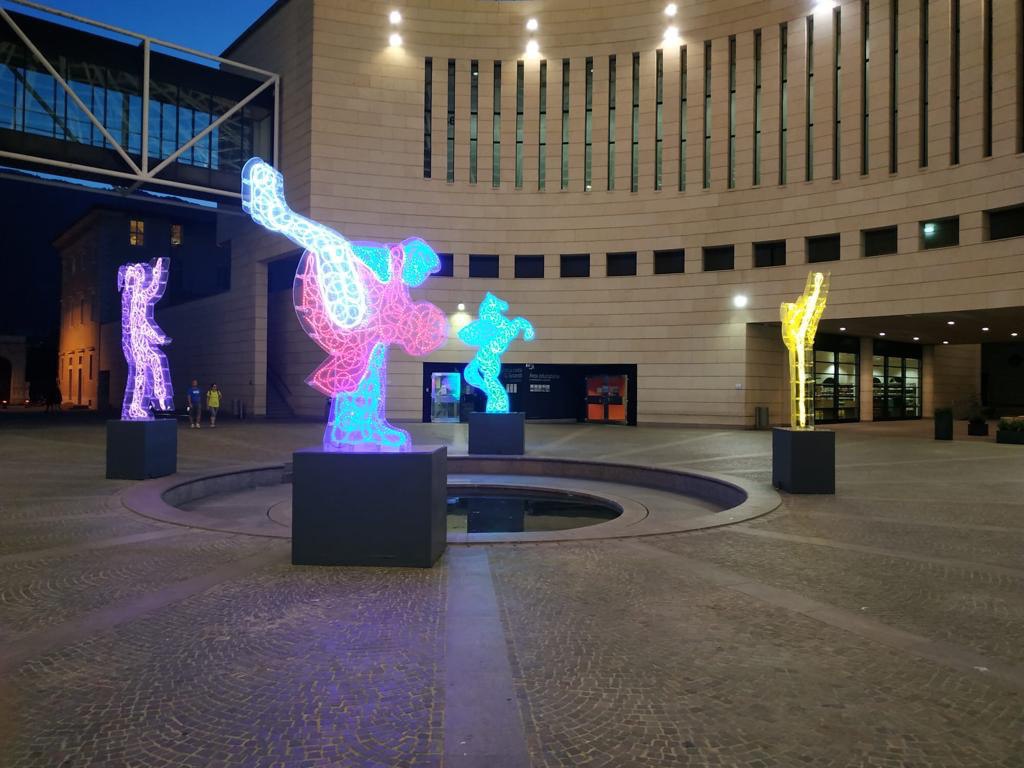 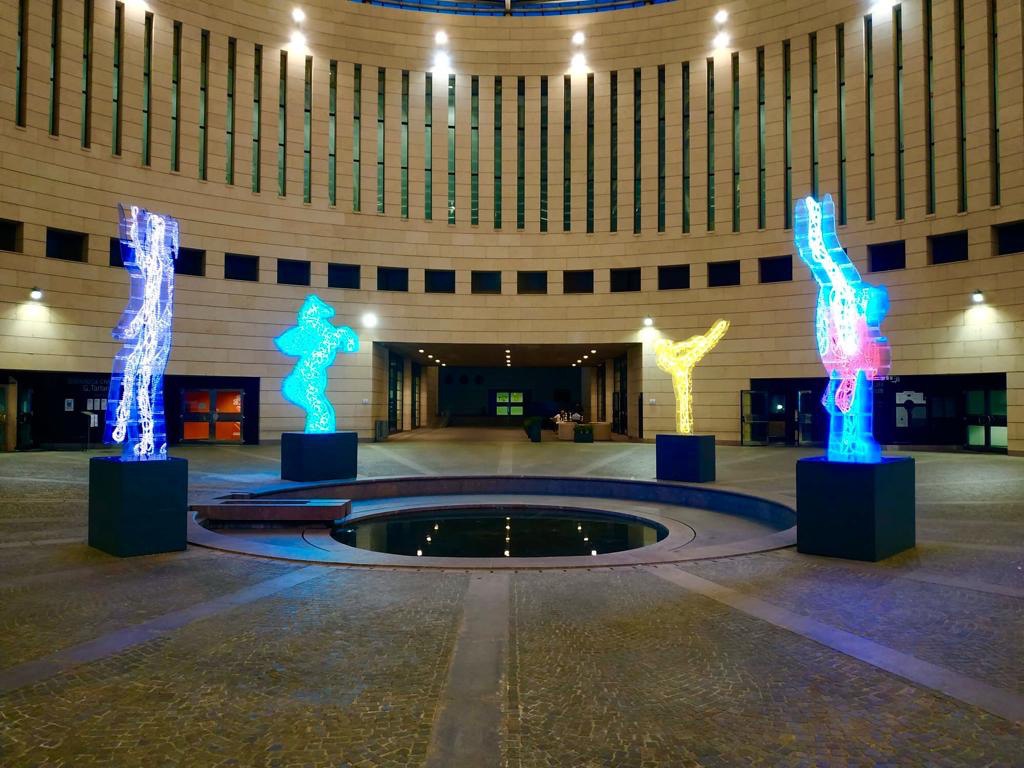