Kim Minjung
Born in 1962 in Gwangju, in the Republic of Korea

Kim Minjung was born in Gwangju, in the Republic of Korea, in 1962. Since the age of six she had studied painting with various teachers, including the famous watercolorist Yeongyun Kang, and later she also studied Oriental calligraphy. This latter study allowed her to understand the fundamental precepts of Asiatic speculative tradition. The study of calligraphy taught her to communicate through an extremely controlled use of the brush, which “channels” the energy and directs it onto the paper. When she enrolled in the Hong Ik university in Seoul in 1980, Minjung had already received a very thorough artistic education, which was completed through the detailed study of Oriental painting. Once she graduated in 1985, she took a Master’s degree at the same university with a thesis on the four basic materials in ink painting (rice paper, brush, ink pigment and the pigment grinding stone). In 1991 she decided to move to Italy and enroll at the Brera Academy in Milan. Her exploration of the relationship between Oriental and Western techniques and conceptions went on outside the Academy. She always executes her pictorial work on the floor, according to the Oriental tradition, because the floor is the basic support for all painting, both literally and metaphorically. She exhibited in important museums (Fondazione Palazzo Bricherasio, Torino; Museo comunale, Ascona; Museum Sbygningen, Copenhagen; Henry Moore Institut, Leed; Guanshan Yue Art Museum, Shenzhen; Macro – Museo arte contemporanea Roma; Gwangji Museum of Art, Gwangju; OCI Museum of Art, Seoul). Her works are kept in important private collections. Minjung currently lives and works in the South of France and United States. 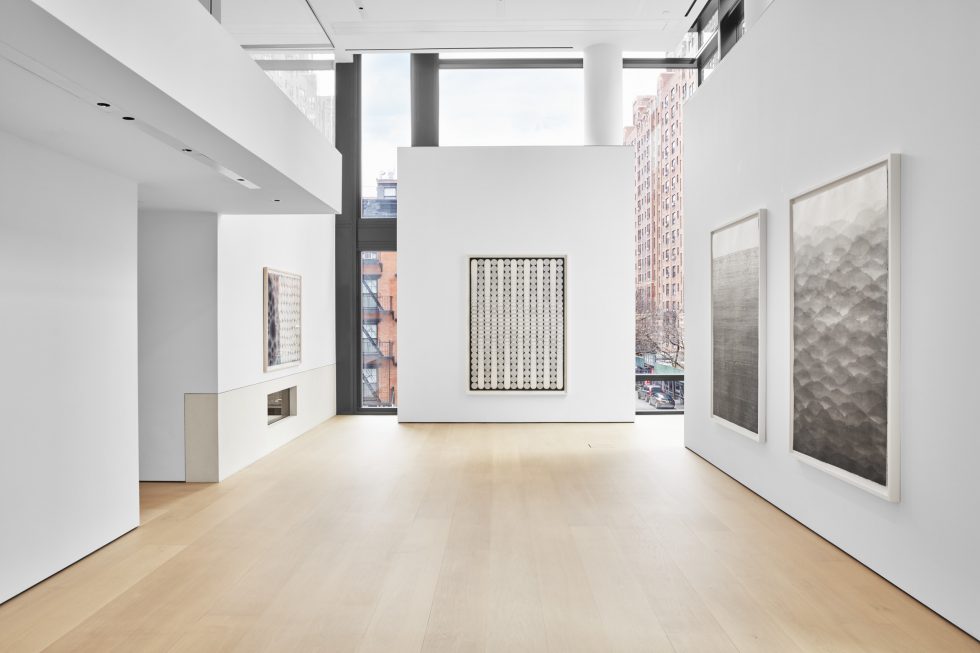 The prestigious Hill Art Foundation presents the monographic exhibition on the artist Minjung Kim, in whose work the korean traditions of watercolor painting and calligraphy meet with the concepts of minimalism and abstraction.