On Thursday 9 June, 2011, the Studio d’Arte Raffaelli in Trento inaugurates the second solo show by Nicola Samorì. Scoriada, this is the title of the exhibition, highlights the latest results of his research by disseminating the space with fragments. It is a path of resistances and lashes that detach the painting from its two-dimensional sleep to make it a plastic ecstasy, almost an escape from itself. In each work, the inside is put in communication with the outside through a break in the surface which, engraved with a scalpel, opens and shows the reverse, a deposit of fresh and intense colors like those that inhabit the inside of the body.

The work “Scoriada” (400 x 250 cm), which gives the title to the exhibition, dominates the back wall of the main hall of Palazzo Wolkenstein; it is the skinning of a flayed person, of giving skin to the bones. Its monumental structure is tested up to a limit point, the instant in which the form risks (and sometimes loses) its integrity. Even the marbles – presented for the first time and made specifically for this project – shrink, stretch like skins or swallow stones as if they were soft material.
Elsewhere ancient images such as smoky Baroque paintings open to a cascade of expressionist colors, evidence of an inverted time, as if the stratification of the eras had accumulated upside down.
In some cases the painting seems to transform itself into a Braille experiment, entirely blackened in its surfaces and readable only by touch or by swaying the gaze in front of the fog that drowns the form. In these thicknesses, the sculpture returns to be a “lantern of painting”, expressing an image that is in effect a bas-relief, as are the flayed paintings in which an unnatural tension is manifested to distance itself from the support, trying to invent a body with a film that seems to have no thickness.
In this spasm of form, no attribute can boast stability, not even the halo that glides with the consistency of wax on the face Carlo Borromeo, the Lombard saint who closed his life, it seems, with a phrase that crosses the entire repertoire of images on display : “The candle must be consumed to make light”. 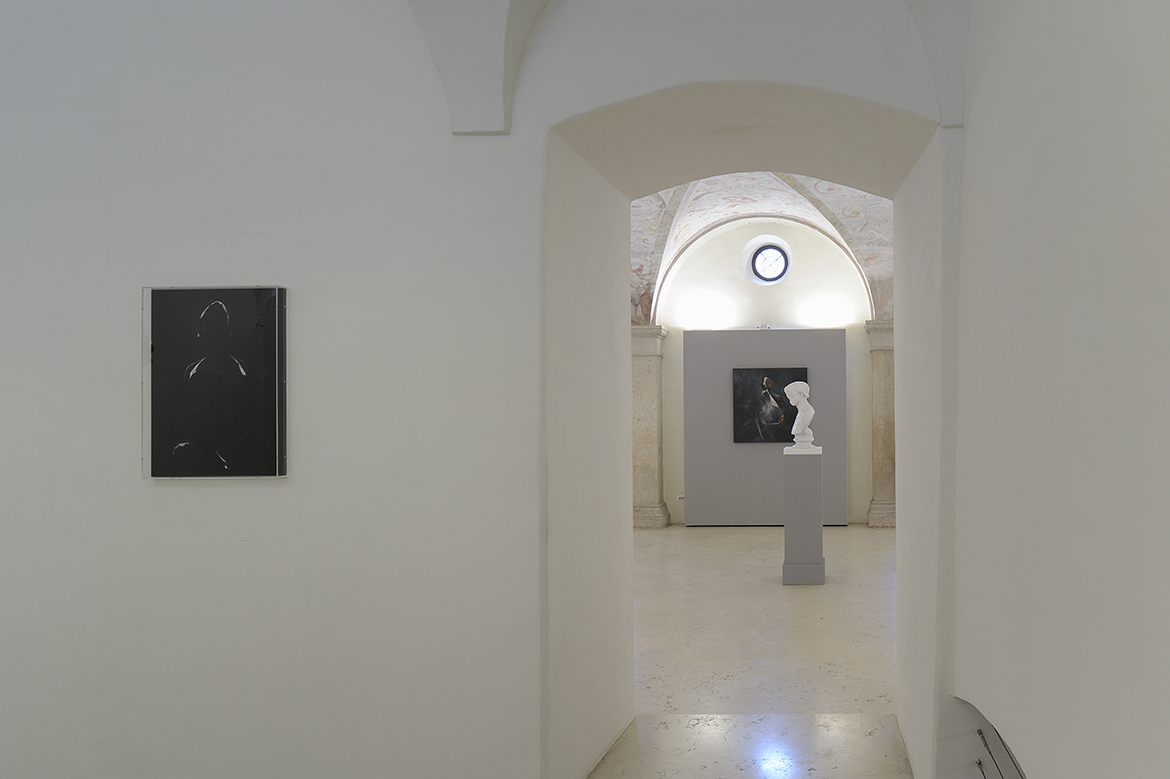 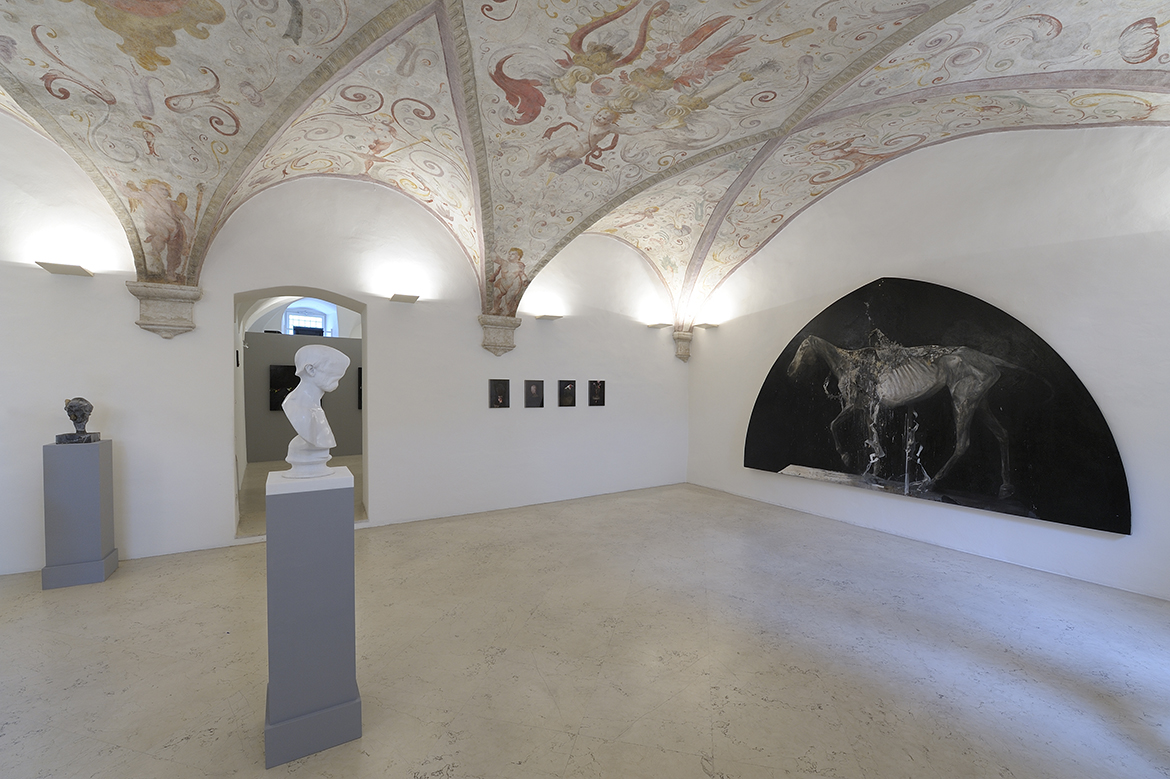 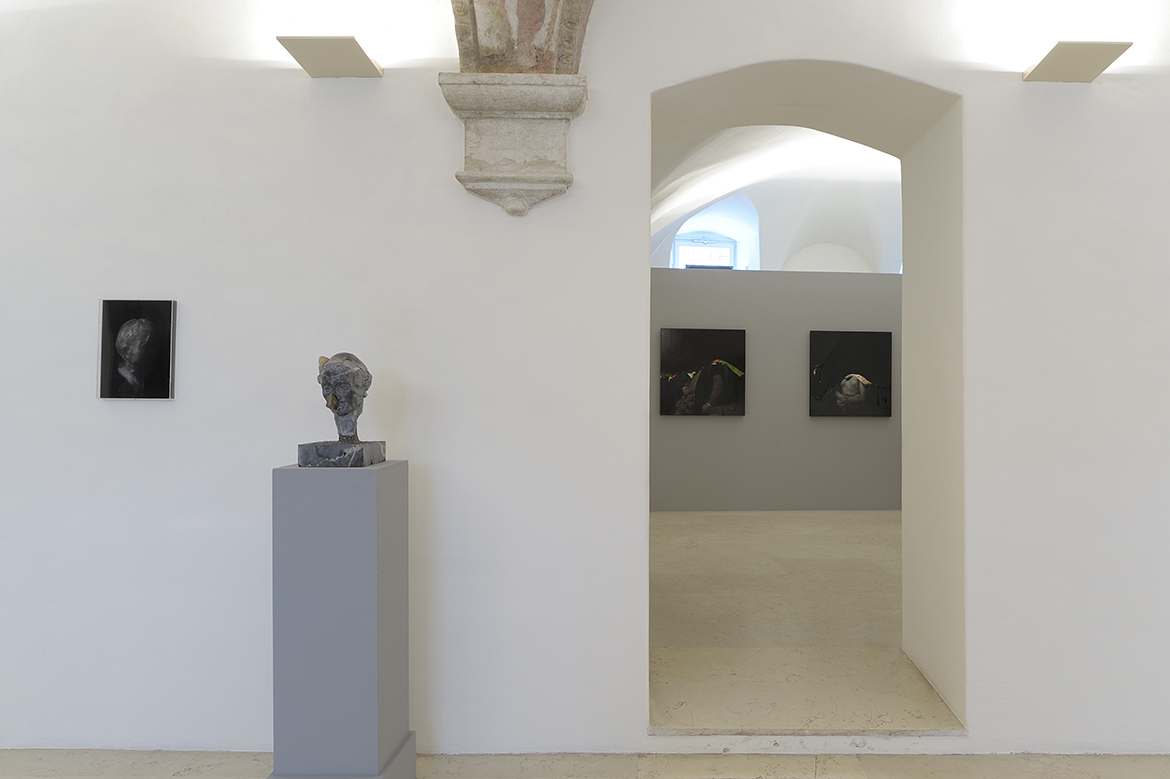 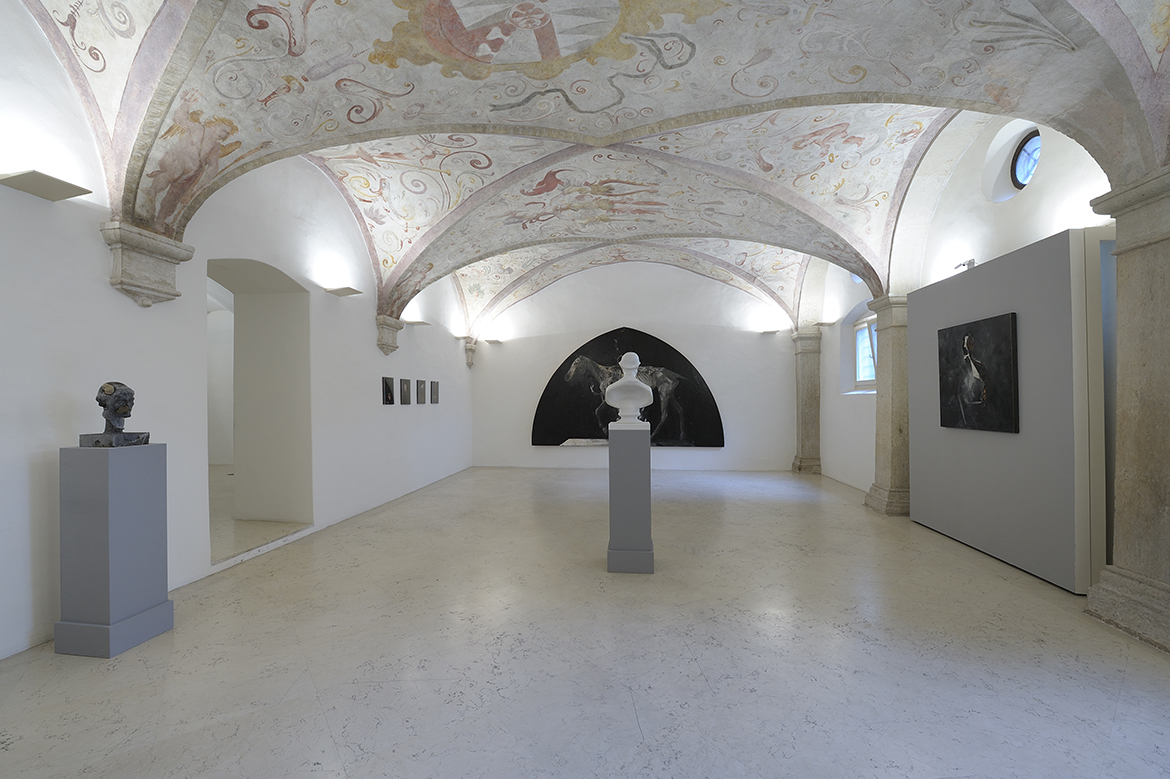 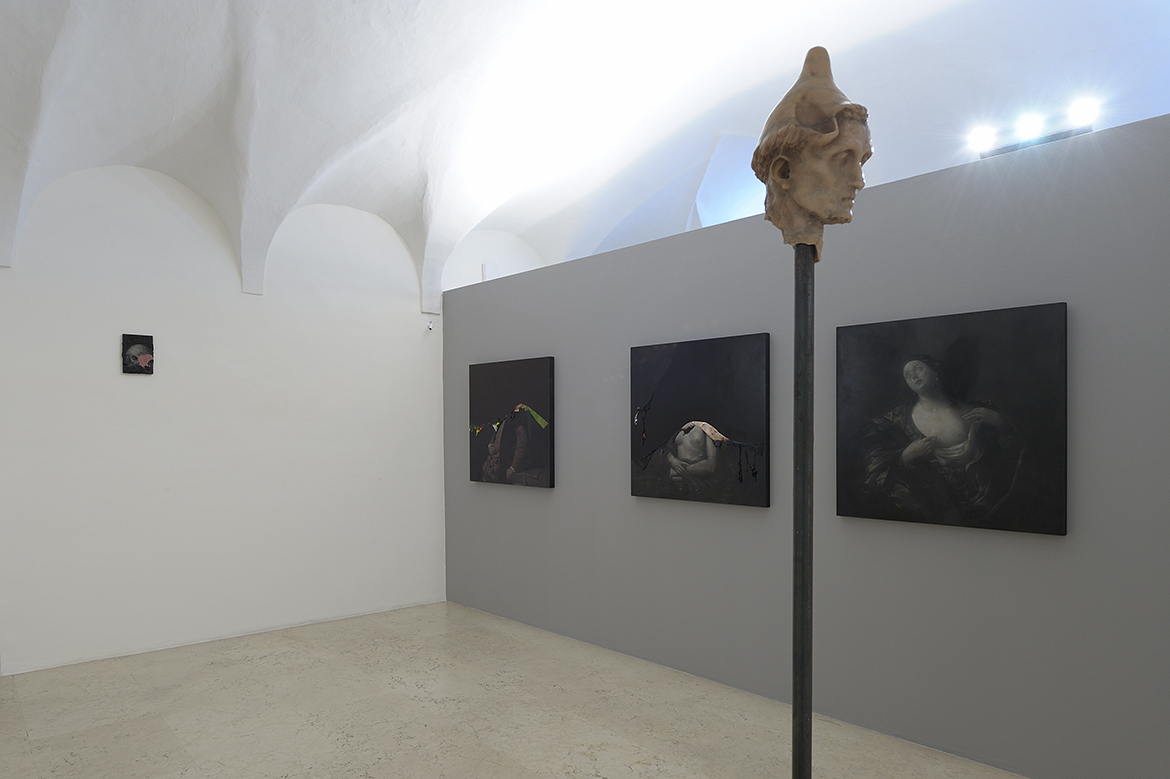 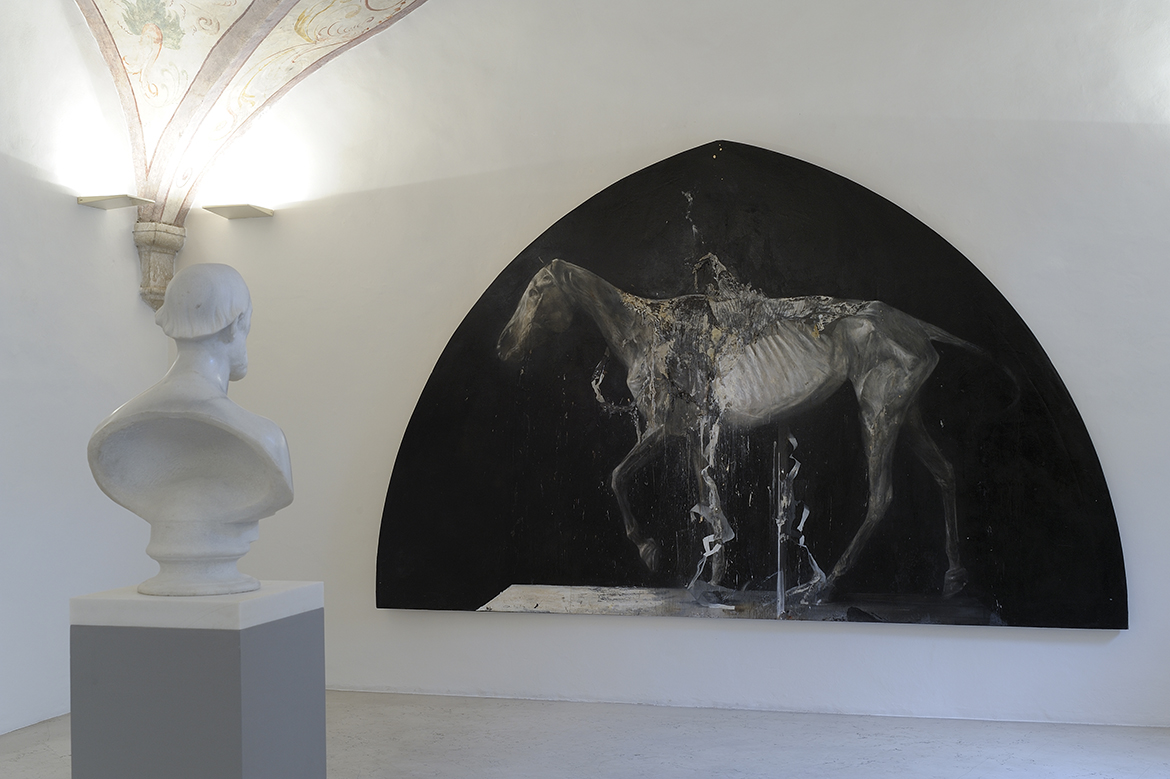 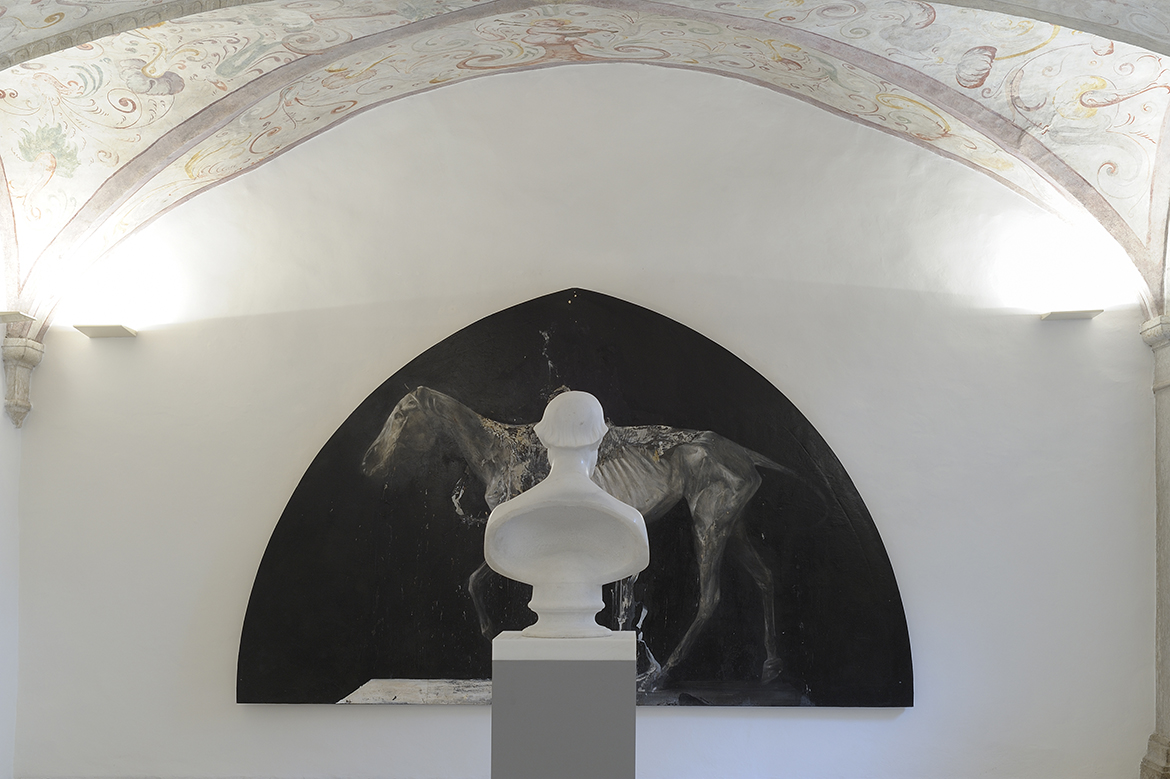 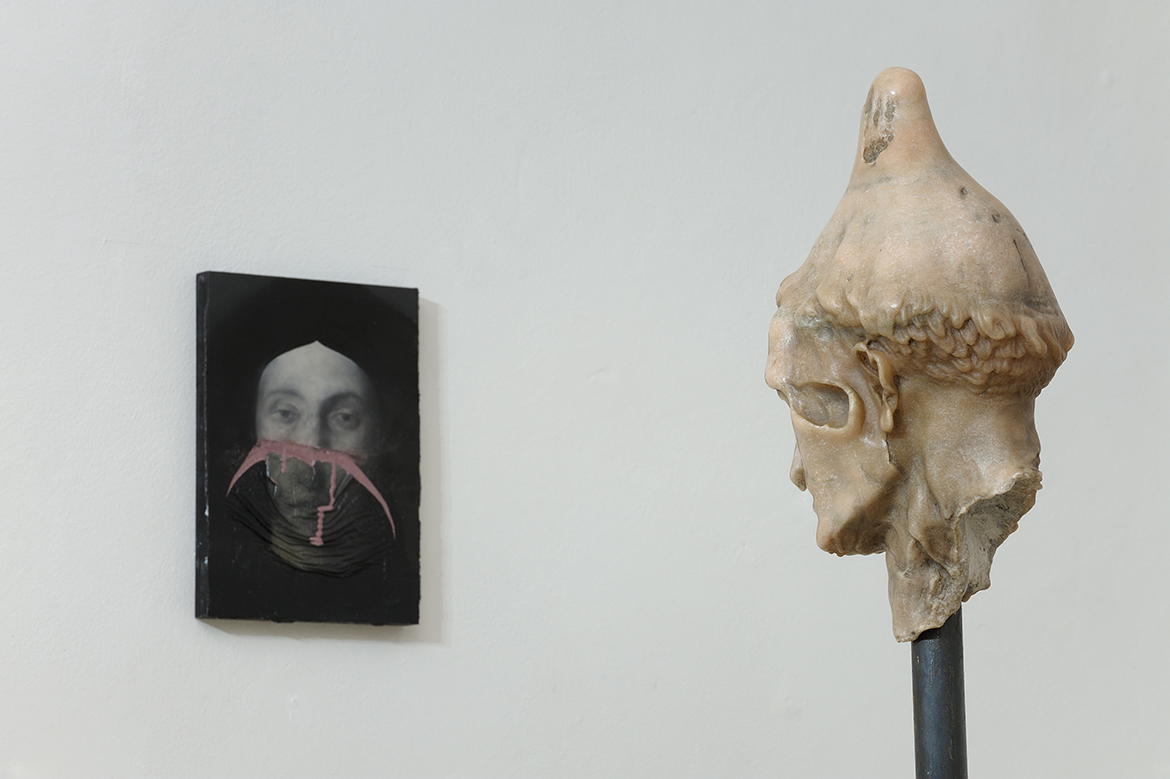