We went to visit Ray Smith's studio in Brooklyn, NY,

Studio d’Arte Raffaelli enters the studios of his artists making an intrusion into the future projects and the precious gems of the past. The artists’ studios, hybrid and rich in contamination places, give a panoramic of them and reveal the hidden sides of creative work. In the Gowanus district of Brooklyn, NY, an atmosphere of cultural ferment dominates the former industrial storehouse where Ray Smith created a large studio and exhibition space. The Big Apple creates a dialogue of light with the wide series of mirrored works hanging on the walls. Difficult to insert in an exact stylistic context, the work of Ray Smith is characterized by the allegories and iconography coming from Mexican culture, from which it was largely influenced, for its origins (it was born near the border between Texas and Mexico from a Mexican mother and an American father), and for his research into popular legends, pop culture and historical satire. The rich imagery of Ray Smith, which is literally reflected throughout his studio has stimulated the interest of the Lou Dallas brand. Indeed the studio has been chosen as location for Lou Dallas Spring 2020 Collection show in September, becoming an hybrid place where art and fashion are mixed together. 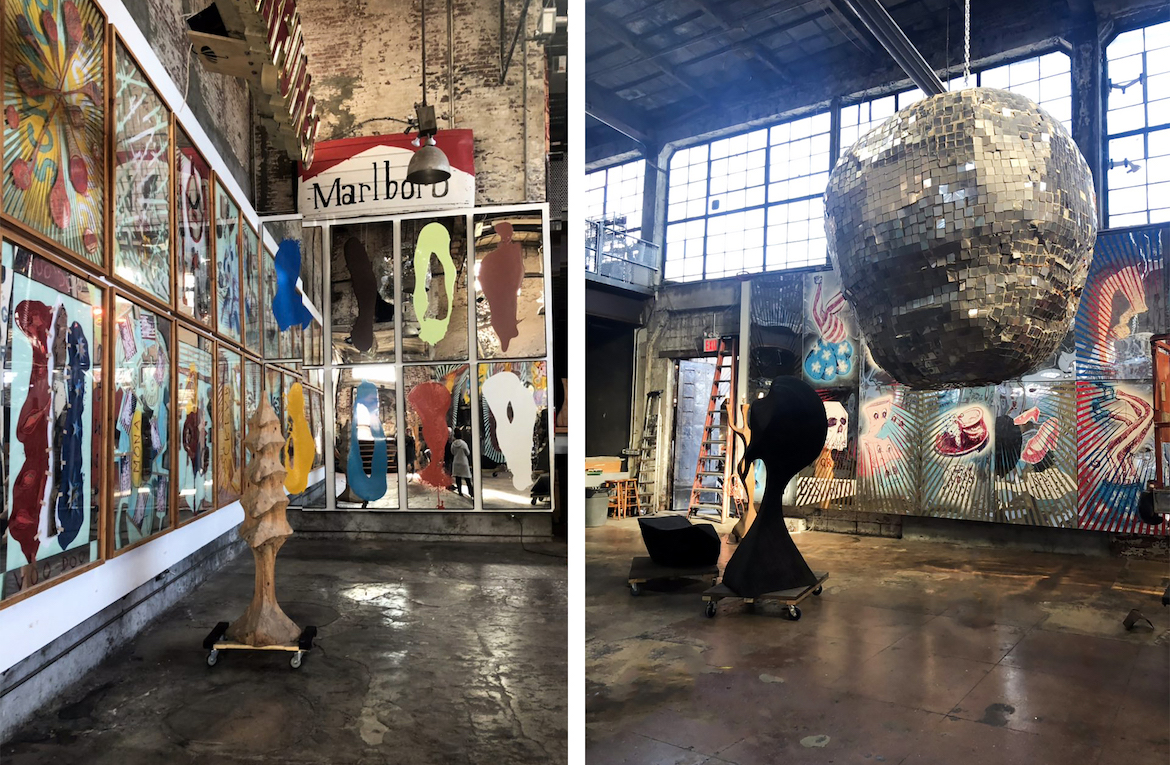 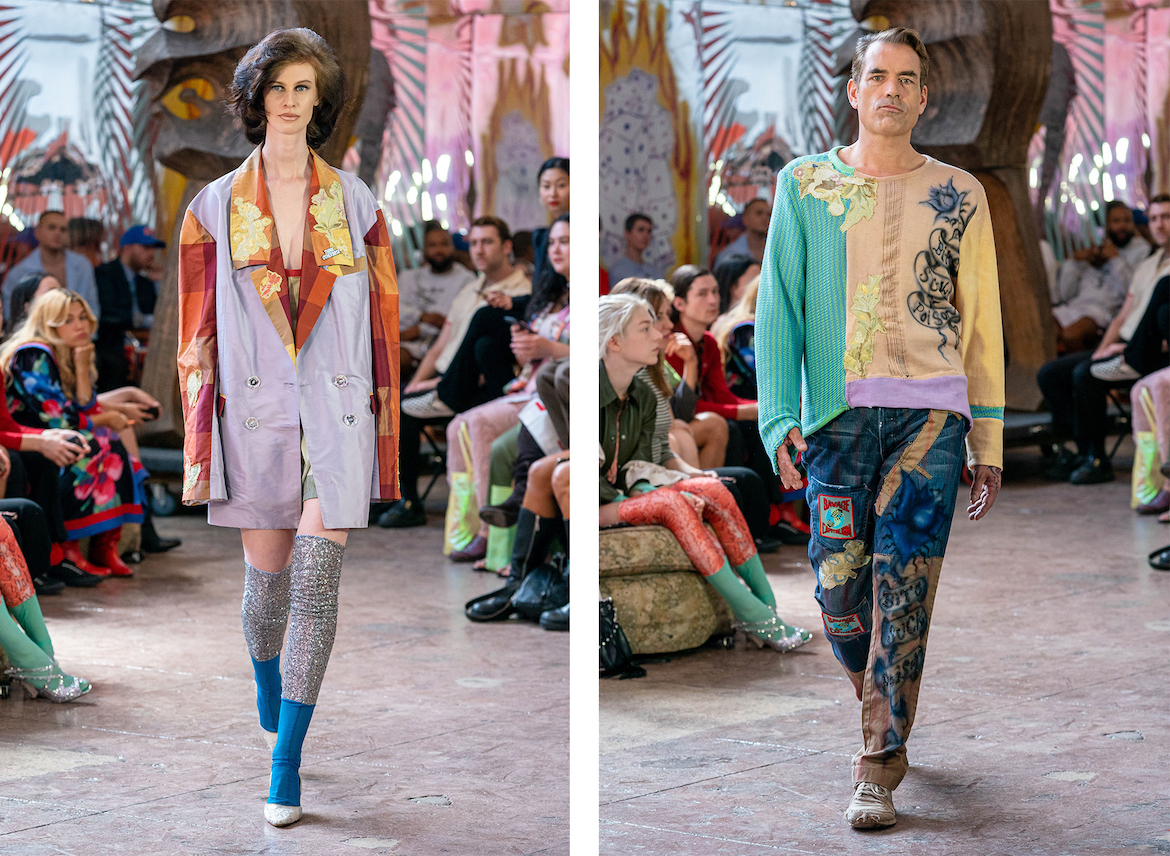 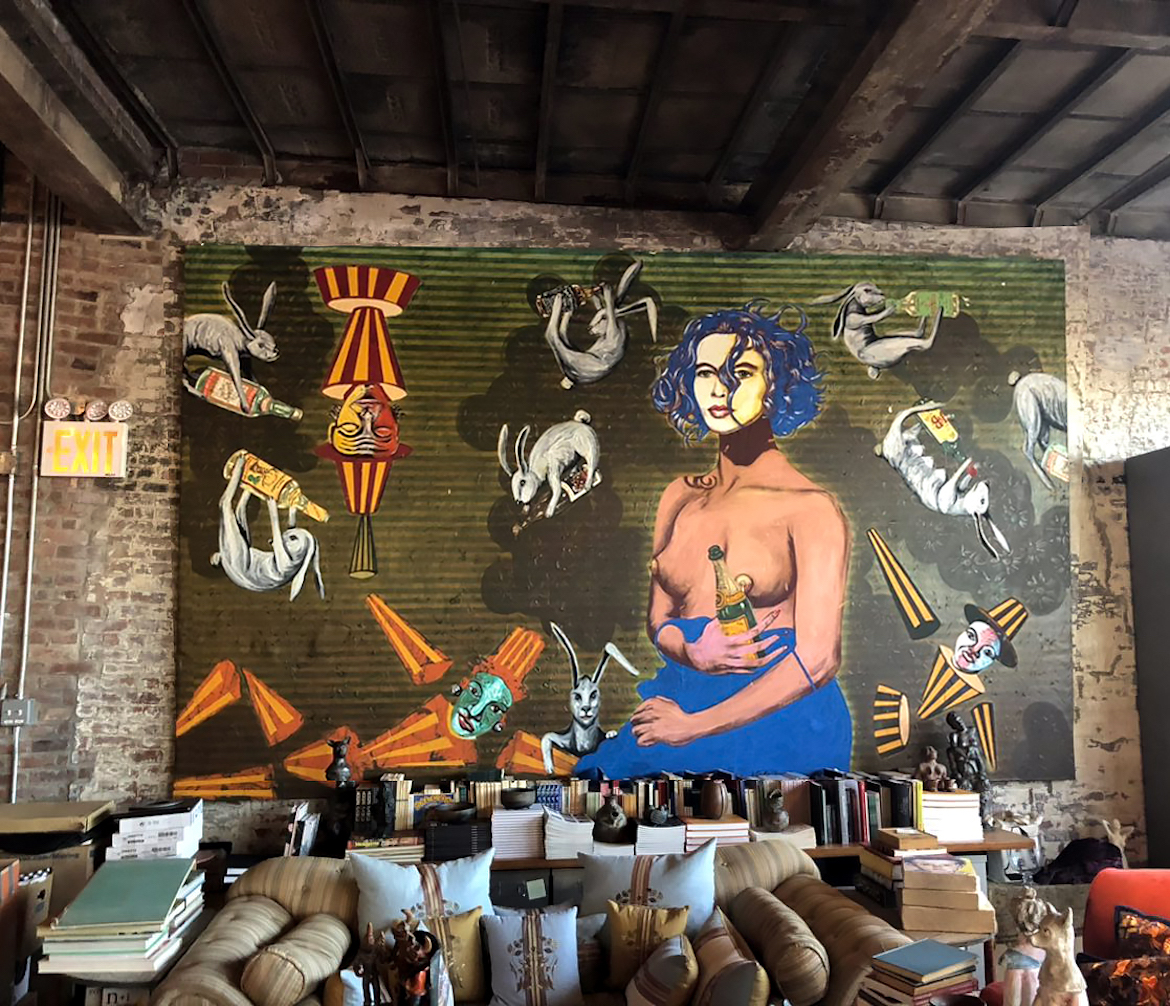