Umar Rashid (also known as Frohawk Two Feathers) is a natural storyteller. He employs writing, illustration, painting, and sculpture to construct fabulations or, put simply, alternative historical narratives that reference a panoply of cultures, collapsing geography and time. At the core of his practice is a reimagining of romantic history painting and eighteenth-century colonial scenes. Rashid steers clear of simplistic dichotomies, challenging the viewer with a complex iconographic language of arcane classifying systems, maps, and cosmological diagrams. His work is informed by recognizable cultural references, whether historical materials such as Egyptian hieroglyphs, ledger art, Persian miniature painting, and illustrated Spanish colonial manuscripts or more contemporary phenomena such as the hip-hop era of the 1980s and 1990s. Alongside these identifiable sources—often regarded as “truth”—are unseen, fantastical stories, with Rashid taking on the role of what one might call a fabulist. His painterly tales complicate the idea of what is true and false, prompting us to consider whether the “truths” that we are taught may in fact be lies. In his triptych, Rashid presents the fictional Battle of Malibu. Painted in a naive style and peppered with modern-day images of Malibu, the composition explores the maritime exploits of the Tongva and Chumash peoples. Elements of cosmology appear throughout the work, referencing the spiritual and syncretic religious apparatus of the time. The work’s simplistic style and seascape setting stand in contrast to Rashid’s presentation at The Huntington, which depicts a mountainous background, rendered in a romantic, history-painting style. These two works also engage in dialogue with the two hemispheres of Los Angeles: a maritime one to the west and a mountainous one to the east, divided by a river. The title of the series, Crossing the Ruby Construct, references the Rubicon, a river in republican Rome that, when crossed by the forces of Gaius Julius Caesar, precipitated the fall of the republic and the rise of the empire. 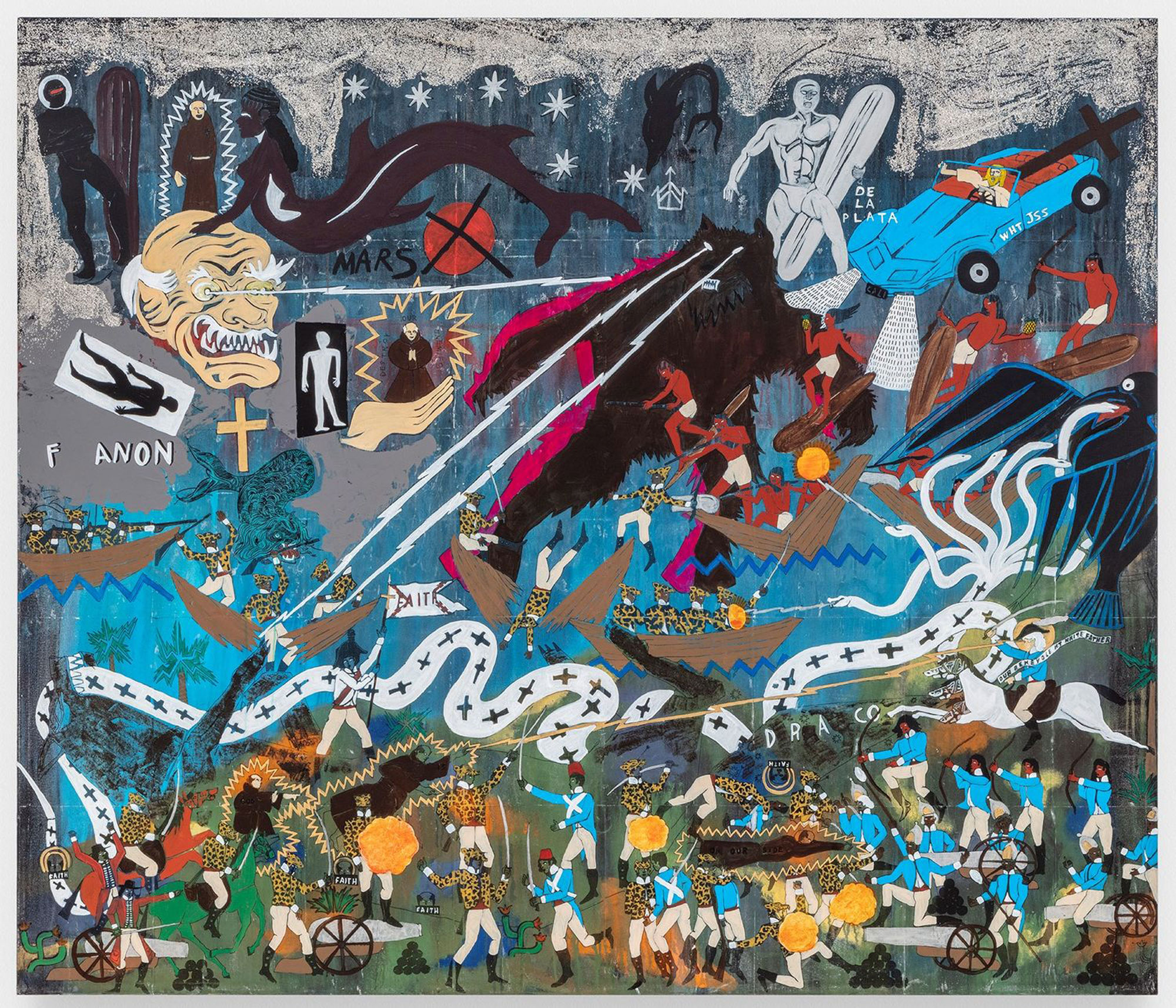 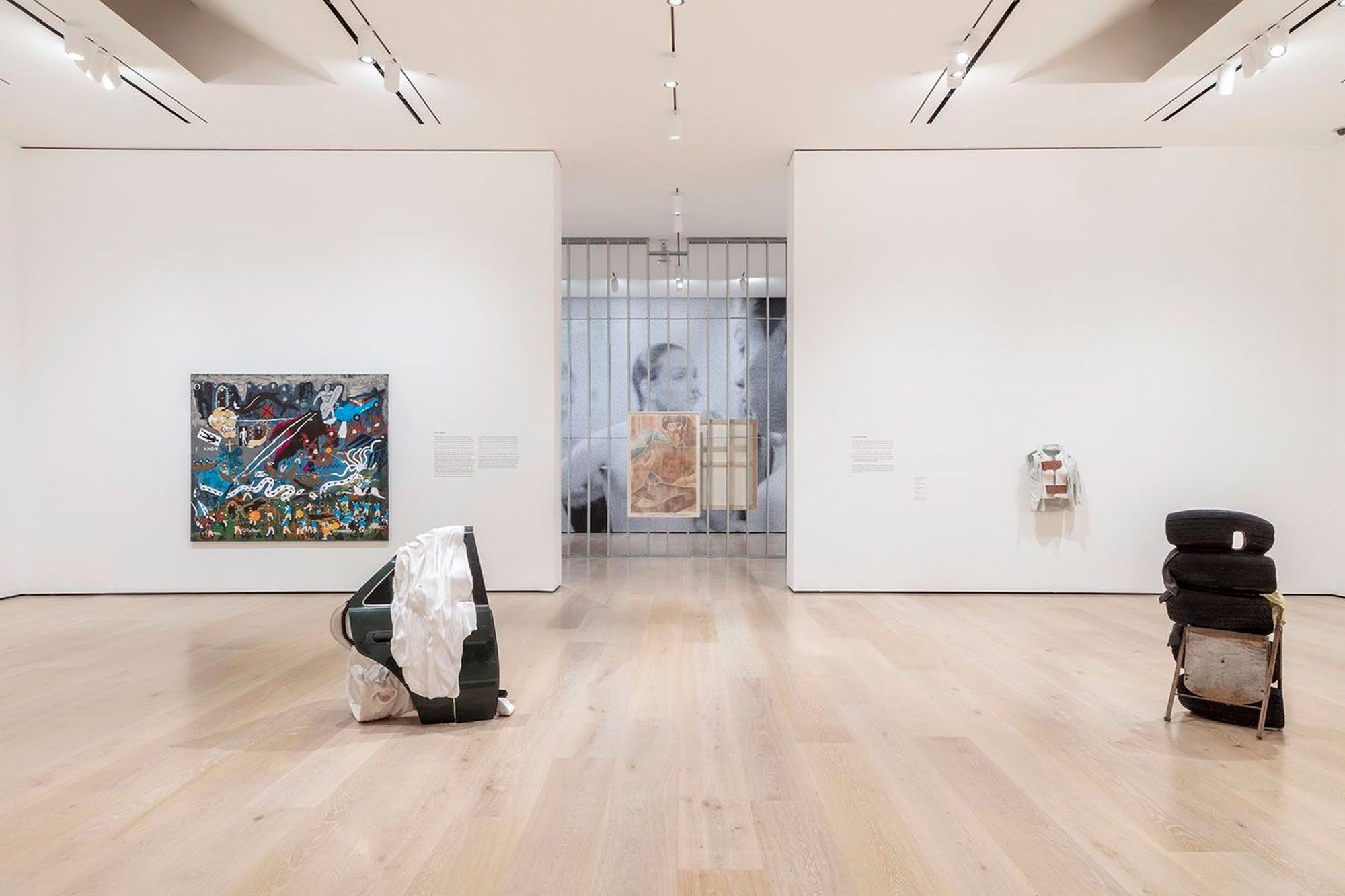 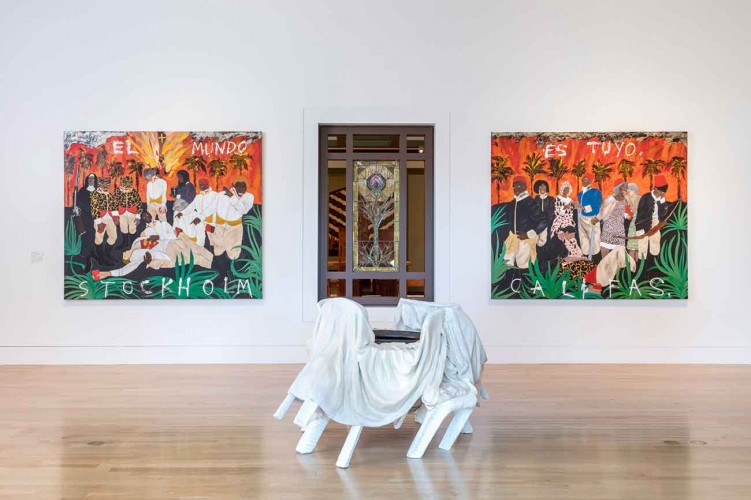 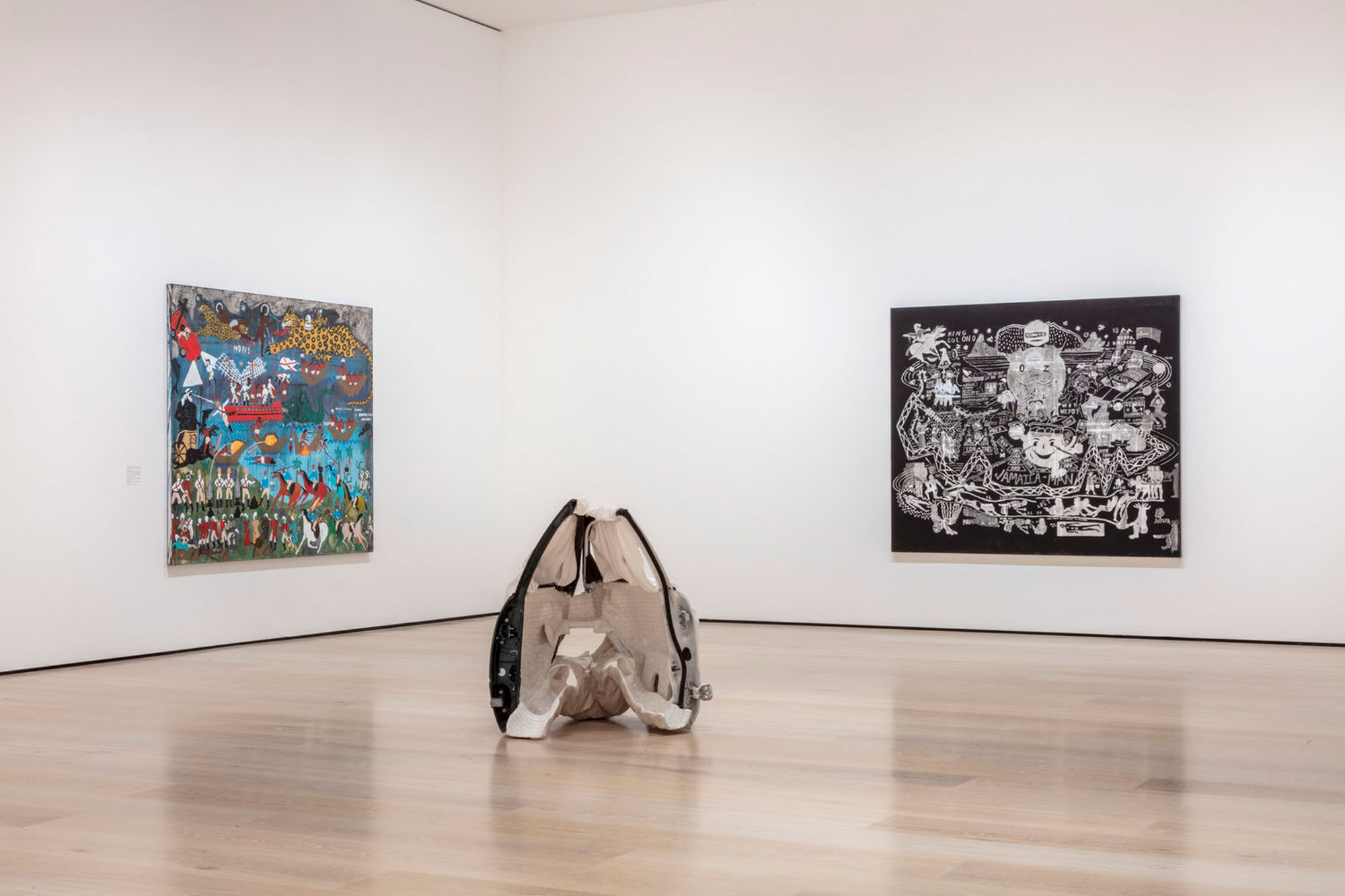 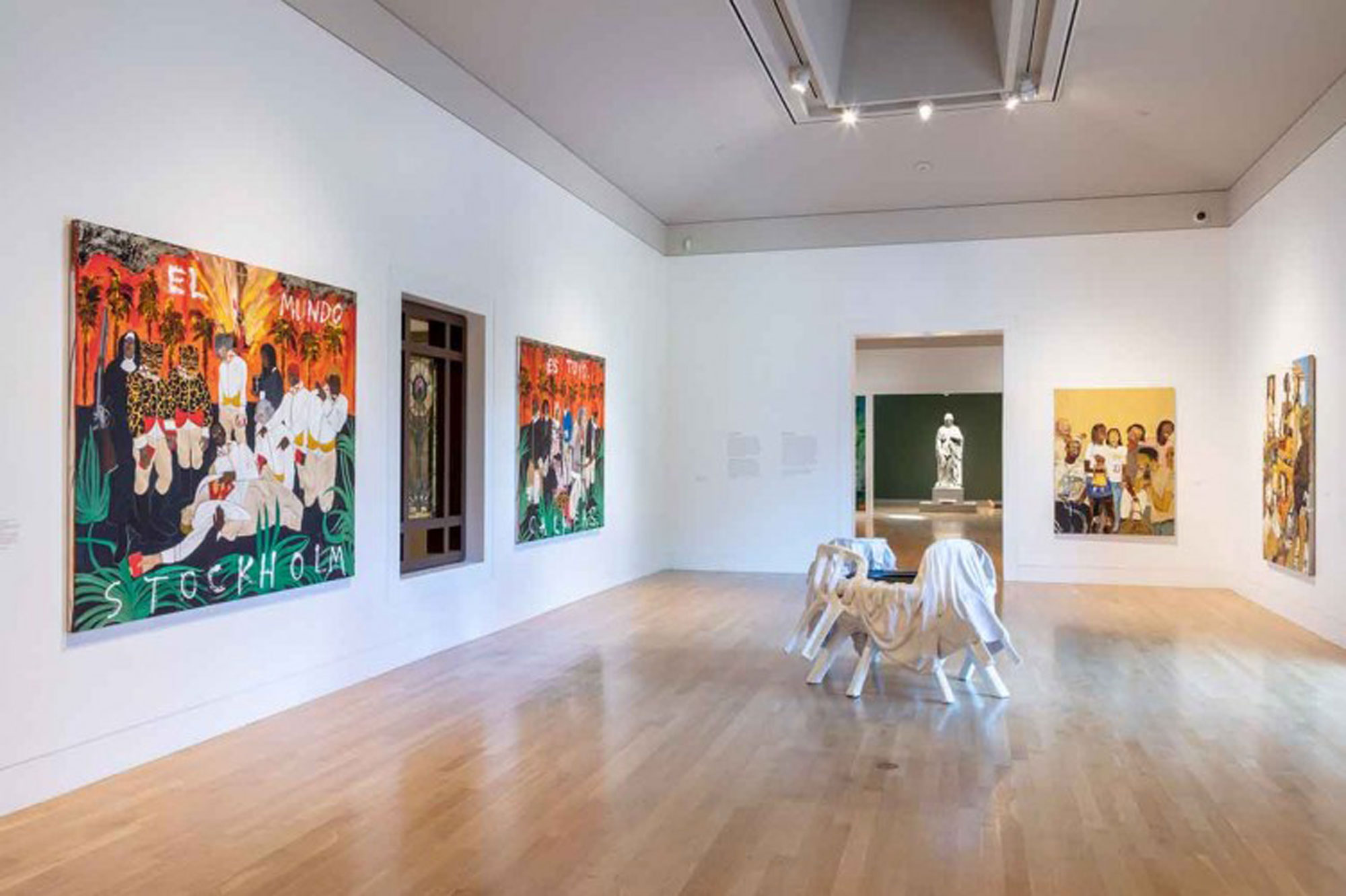