Odles, Steles, Paja, e Planadices: with this four ladin words, which lead to a different stage of wood, Willy Verginer describes the subject with which he works, giving life to narratives on the edge of the absurd.

For “Rayuela”, his first show at the Studio d’Arte Raffaelli of Trento, the artist presents a new series of works whose theme revolves around the “game of the world”, present in all cultures and paradigm of life itself.
Starting from the cult book of the same name by Julio Cortazar, Verginer’s work unfolds through a sculptural path in which the main protagonist is the wooden material, worked with craftsmanship and painted according to the symbolic density of color. The life-size figures sculpted by the artist come to life, freed from the apparent rigidity of the wood’s block and taking over the spaces of the gallery. In a whispered parallelism with the novel to which they are inspired, the works of Verginer outline multiple paths, in which each piece is autonomous and at the same time linked to others, in a poetic game of references where the viewer is left free to orient or get lost. Even the use of colors – above all pink, captivating and childish – invites the fulfillment of a mental passage, which translates into an invitation to live with purity and wonder. The exhibition will open on Thursday 15 October with the presence of the artist. The catalogue of the exhibition, published by Vanilla Edizioni, contains texts by Luca Beatrice, Roberto Festi, Gabriele Lorenzoni, and an interview with the artist. 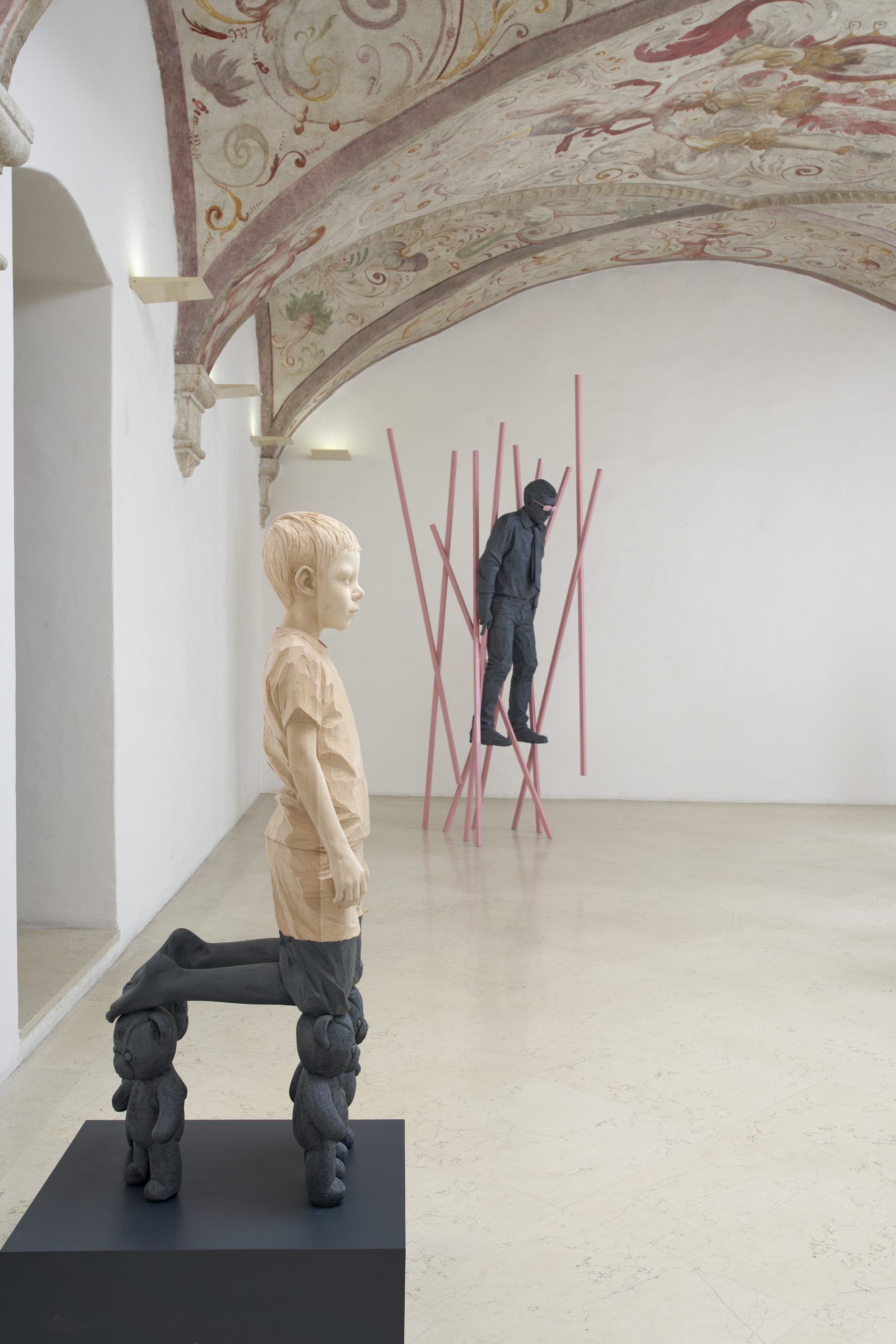